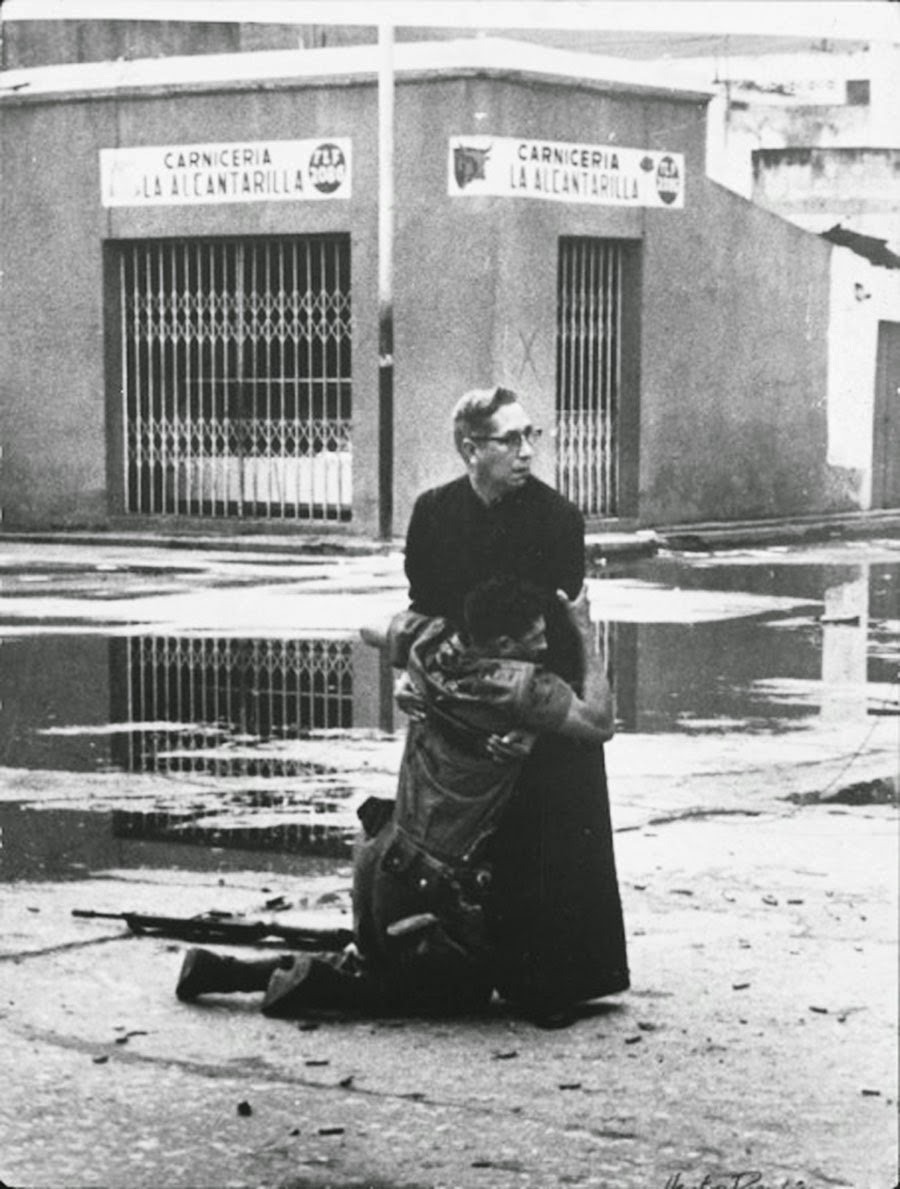 The priest and the dying soldier, 1962

Navy chaplain Luis Padillo gives last rites to a soldier wounded by
sniper fire during a revolt in Venezuela. Braving the streets amid
sniper fire, to offer last rites to the dying, the priest encountered a
wounded soldier, who pulled himself up by clinging to the priest’s
cassock, as bullets chewed up the concrete around them. The photographer
Hector Rondón Lovera, who had to lie flat to avoid getting shot, later
said that he was unsure how he managed to take this picture. The
Catholic priest, Luis Padillo, would walk the streets, even through
sniper fire, offering last rites to the fighters. Besides priest’s
bravery, he also knows the enemy will think a lot before shooting him
(just imagine the propaganda) and the enemy soldiers are catholic and
would refuse that order.

View all posts by OneVoiceUnited

Everywhere I look there is dissension.  We continually find a reason to separate ourselves.  To diminish others. To judge.

The Body of Christ is not about separation – but rather a joining together.  A cohesion.  A unity of voices praising our Lord and our God.  A unity of the entire Body prostrating ourselves before our only King.