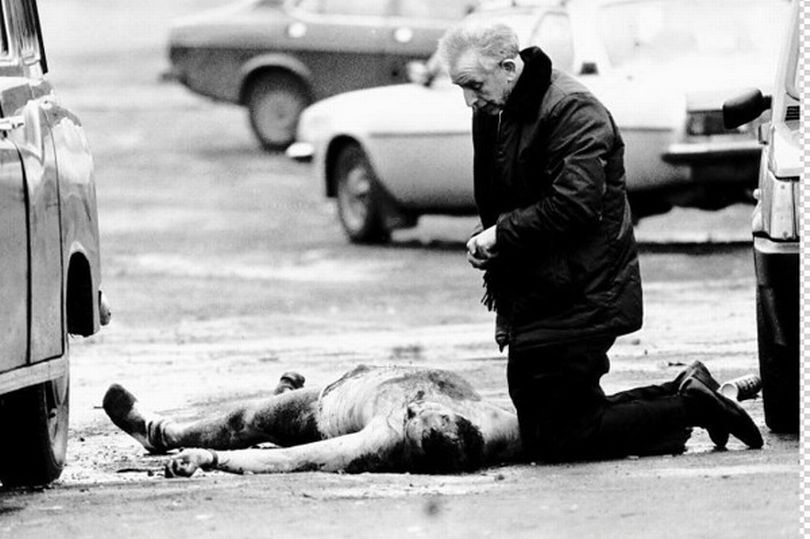 Who is your enemy? Look in his eyes. Your enemy who was defined as the other is no other. The eyes of your enemy reveal as in a mirror. They reveal you. He is you.

When you see the one you hate as the one who stands before God naked and revealed just as you. When you see the depised one crying out for the same mercy you so desperately need. Then. Then you will begin to see yourself in the eyes of Christ. Every pounding of the nail for your sins and your enemy’s. No hatred. No scorn. Only absolute and complete Love.

With this heart, you can kneel before the broken and beaten body of the one so hated, and give him the final blessing of God. Give him your very soul in the blessing.

View all posts by OneVoiceUnited

Everywhere I look there is dissension.  We continually find a reason to separate ourselves.  To diminish others. To judge.

The Body of Christ is not about separation – but rather a joining together.  A cohesion.  A unity of voices praising our Lord and our God.  A unity of the entire Body prostrating ourselves before our only King.